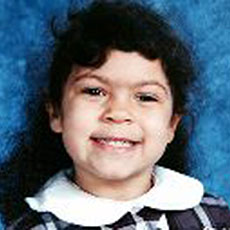 Senator Charles J. Fuschillo, Jr. (R-Merrick) announced that legislation he sponsors to strengthen Leandra’s Law has been approved by the Senate’s Transportation Committee.  The legislation would close an unintended legal loophole which is allowing convicted drunk drivers to escape the mandatory ignition interlock requirement under Leandra’s Law.

“We included the ignition interlock requirement in Leandra’s Law to help prevent convicted DWI offenders from driving drunk again.  Far too many offenders have found ways around that and are avoiding this requirement. Closing the unintended legal loophole must be a priority to stop convicted drunk drivers from avoiding alcohol monitoring technology which prevents them from driving drunk again.  This is a positive step forward and the full Legislature should pass this legislation as soon as possible to help save lives and prevent tragedies,” said Senator Fuschillo, Chairman of Senate’s Transportation Committee and a sponsor of Leandra’s Law.

Leandra’s Law was passed in 2009 following the tragic death of 11 year old Leandra Rosado, who was killed while riding in a car driven by her friend’s intoxicated mother.  As part of Leandra’s Law, all convicted DWI offenders must install and use an ignition interlock in all vehicles they own or operate for a period of at least six months after their DWI conviction.  Ignition interlocks are breath test devices linked to a vehicle’s ignition system which prevent the car from starting if alcohol is detected in the driver’s breath.

However, many drunk drivers try to avoid the ignition interlock requirement by claiming they do not own or operate a vehicle, waiting for the interlock period to run out, and then reapplying for a license without ever having to use the interlock.  Some of these drivers temporarily transfer ownership of the car to a relative or friend, who then allows that person to drive it without an interlock.  According to the most recent statistics from the New York State Department of Criminal Justice Services, more than 70 percent of the over 37,000 DWI offenders statewide required to install an ignition interlock in their vehicles have failed to do so.

Leandra’s father, Lenny, is strongly advocating for the proposed law and working closely with Senator Fuschillo to get it passed. Mr. Rosado said “We all came together to pass Leandra’s Law because we agreed that a tough law was needed to protect innocent people from drunk drivers.  However, there are still way too many individuals who refuse to abide by the law.  Closing this loophole will send a strong and powerful message that drunk driving will not be tolerated in New York State.  Every elected official in the State of New  York should get behind our efforts and work together to get this done and get it done now,” said Lenny Rosado.

The legislation sponsored by Senator Fuschillo (S1941) would close this loophole and strengthen Leandra’s Law by:

Nassau County District Attorney Kathleen Rice, who worked with Senator Fuschillo on the legislation, said “Leandra’s Law was enacted to make our roads safer by requiring ignition interlock devices to keep convicted drunk drivers reoffending.  I applaud the Senate Transportation Committee, under Senator Fuschillo’s leadership, for passing this important legislation to close a loophole that has allowed some convicted drunk drivers to avoid an ignition interlock.  This important bill will save lives, and I encourage the full Senate and Assembly to pass it quickly.”