A special holiday message written by Dave Werner of the Franklin County Traffic Safety Board: 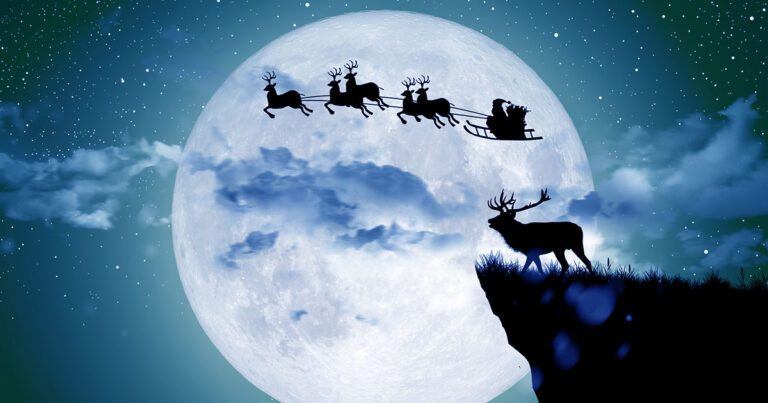 I contacted Santa at the North Pole in early December to see if he would make any major changes to his Christmas Eve travels delivering presents to all the children around the world now that many of the COVID restrictions have been lifted. Santa was relieved that this Christmas would be somewhat easier and more normal than the past two years but had other concerns that he asked me to address.

With more drivers on the road than the past two years, his biggest concerns were the increase in speeding, driver distraction, and with drivers under the influence of alcohol and drugs. He was very concerned that more drivers were speeding now than before the pandemic, and that the distraction from use of technology in vehicles and smart phones would also be something he would have to contend with during his travels.

A big concern during the holiday season that Santa has is with drivers drinking alcohol and driving. He is aware that nearly 1/3 of traffic crashes involve alcohol or drug consumption. Santa just doesn’t have time on Christmas Eve to risk an encounter with any driver under the influence of alcohol or drugs.

Although Santa will still use Rudolph with his red nose to lead his sleigh, he was apprehensive about other drivers that might not yield the right-of-way to Rudolph. “Everyone seems to be in such a hurry, these days”, Santa said. Originally Rudolph’s red nose was used on a very foggy Christmas Eve so Santa could see where he was going. That was many decades ago, long before congested highways and long traffic jams. However, today, Rudolph’s red nose is more useful as an emergency signal, giving him, the other eight reindeer and Santa the right-of-way over all other vehicles.

So, if you are out driving this coming Saturday night, which is Christmas Eve, and you see a flashing red light, or just a red light moving very fast, pull off to the side and yield the right-of-way – it just might be Santa and his reindeer, led by Rudolph with his red nose so bright. Certainly, you wouldn’t want to be accused of delaying Santa and denying children their gifts on Christmas morning, would you?

Know the law and drive safely, not just on Christmas Eve, but always. And to everyone, whether you celebrate Christmas or not, have a very happy and safe holiday season from the Franklin County Traffic Safety Board.

And please drive safely – all the time!

To learn more about the Franklin County Traffic Safety Board and the work they do, visit their website.